The rest of my work. 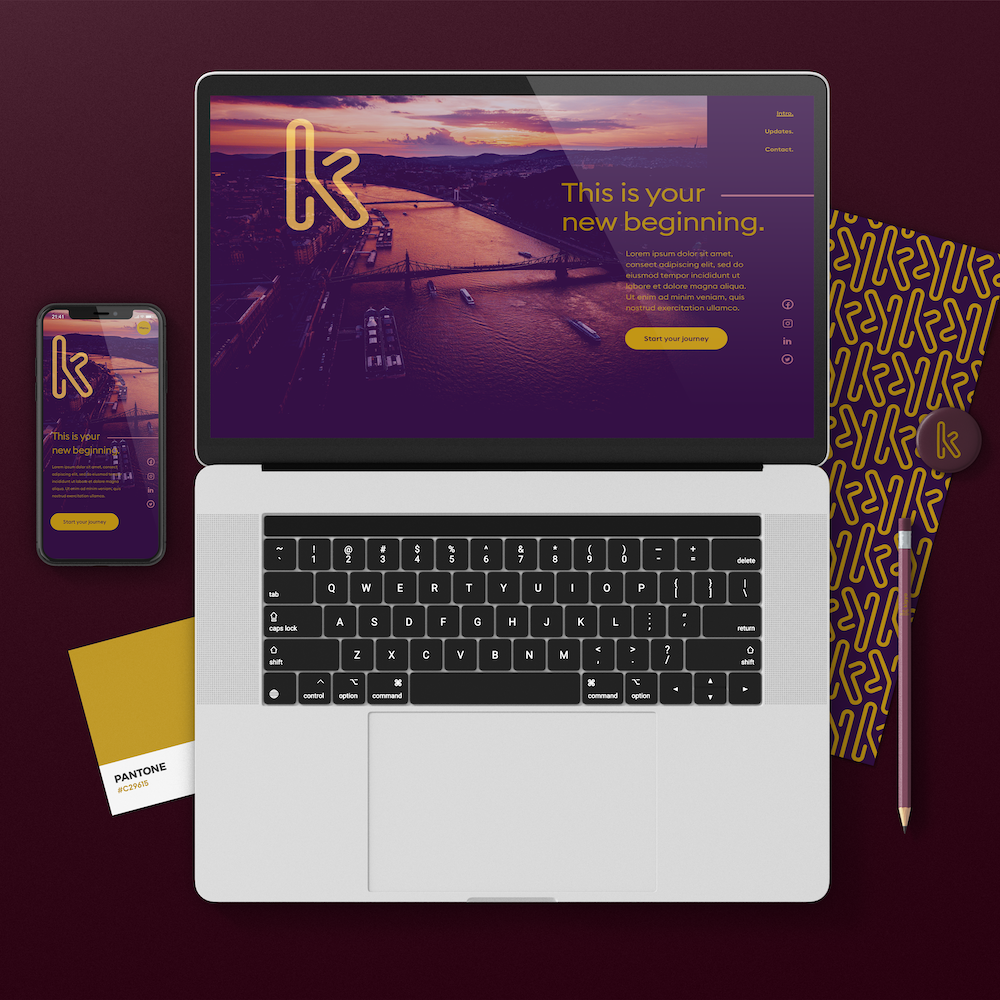 This hypothetical project has continued to develop, exploring the depths of my creativity. What started as an exercise during my undergrad, has evolved into an annual analysis into the process of iteration.

An adventure into discipline and the results it yields.

The initial project brief was to create a brand identity for an organization of my imagination that must be named Kígyó.
‍
Fresh off spending five months in Europe, I was nostalgic for travel and immediately reflected upon the time I spent in Budapest, Hungary. I remembered the dilapidated transportation system in stark contrast to the city’s intricate beauty and celebrated landmarks; Kígyó was born.

Kígyó is an advanced transportation system for the city of Budapest. The snake forms a K in a way that mimics how the Danube River divides the city into ‘Buda’ and ‘Pest’.

While the concept is strong, my execution skills as a young designer were not up to par with my ability to deliberate. Since completing the initial project in 2015, each year I revisit Kígyó, and refine the solutions I’ve previously made. Kígyó serves as a reminder that everything gets better through iteration.